Type curves provide a powerful method for analyzing pressure drawdown (flow) and buildup tests. Fundamentally, type curves are preplotted solutions to the flow equations, such as the diffusivity equation, for selected types of formations and selected initial and boundary conditions. Because of the way they are plotted (usually on logarithmic coordinates), it is convenient to compare actual field data plotted on the same coordinates to the type curves. The results of this comparison frequently include qualitative and quantitative descriptions of the formation and completion properties of the tested well.

Eq. 1 can be rewritten in terms of conventional definitions of dimensionless variables. (Variables that when the parameters are expressed in terms of the fundamental units of mass, length, and time, have no dimensions are sometimes said to have dimensions of zero.)

In Eq. 2, the definitions of the dimensionless variables are

The dimensionless form of Eq. 1 has the advantage that this solution, pD, to the diffusivity equation can be expressed in terms of a single variable, tD, and single parameter, rD. This leads to much simpler graphical or tabular presentation of the solution than would direct use of Eq. 1. Solutions to the diffusivity equation for more realistic reservoir models also include the dimensionless skin factor, s, and wellbore storage coefficient, CD, where

Gringarten et al.[1] presented a type curve, commonly called the Gringarten type curve, that achieved widespread use. It is based on a solution to the radial diffusivity equation and the following assumptions: vertical well with constant production rate; infinite-acting, homogeneous-acting reservoir; single-phase, slightly compressible liquid flowing; infinitesimal skin factor (thin "membrane" at production face); and constant wellbore-storage coefficient. These assumptions indicate that the type curve was developed specifically for drawdown tests in undersaturated oil reservoirs. The type curve is also useful to analyze pressure buildup tests and for gas wells.

In the Gringarten type curve, pD is plotted vs. the time function tD/CD, with a parameter CDe2s (Fig. 1). Each different value of CDe2s describes a pressure response with a shape different (in theory) from the responses for other values of the parameter. However, adjacent pairs of curves can be quite similar, and this fact can cause uncertainty when trying to match test data to the "uniquely correct" curve.

The derivative type curve proposed by Bourdet et al.[2] eliminates the ambiguity in the Gringarten type curve. The "derivative" referred to in this type curve is the logarithmic derivative of the solution to the radial diffusivity equation presented on the Gringarten type curve. Two limiting forms of this solution help illustrate the nature of the derivative type curve. First, consider that part of a test response where the distorting effects of wellbore storage have vanished. This portion of the test is described by the logarithmic approximation toEi-function solution, Eq. 7:

The derivative of (pi – pwf) with respect to ln(t), expressed more simply as t∂Δp/∂t, is 70.6qBμ/kh, a constant. In terms of dimensionless variables, tD(∂pD/∂tD) = 0.5. Thus, when the distorting effects of wellbore storage have disappeared, the pressure derivative will become constant in an infinite-acting reservoir, and, in terms of dimensionless variables, will have a value of 0.5.

When wellbore storage completely dominates the pressure response (all produced fluid comes from the wellbore, none from the formation),

The derivative, t∂Δp/∂t, is qBt/24C, the same as the pressure change itself. In terms of dimensionless variables, the derivative becomes

The implication of Eq. 9 is that, on logarithmic coordinates, graphs of pD and tD(∂pD/∂tD) vs. tD/CD will coincide and will have slopes of unity.

For values of tD(∂pD/∂tD) between the end of complete wellbore storage distortion and the start of infinite-acting radial flow, no simple solutions are available to guide us, but Fig. 2 shows the derivatives, including those times. Note the unit slope lines at earliest times and the horizontal derivative at later times. The shapes of the derivative stems are much more distinctive than those for the pressure-change type curve.

The shapes of drawdown and buildup type curves are different, as Fig. 6 illustrates. In this simplified case, in which wellbore storage distortion is absent, a well has produced for a dimensionless producing time, tpD, of 105, before shut-in. In the figure, note that, on a plot of pD and pD′ (the derivative) vs. tD (dimensionless time since each test began), the shapes of the buildup and drawdown curves for infinite-acting radial flow coincide up to tD = 104 and then begin to deviate. The buildup pressure-change curve is "flatter" than the drawdown curve at later times in an infinite-acting reservoir, and thus the slope of the buildup curve (the derivative) tends to deviate from the drawdown derivative. For many years, test analysts used a rule of thumb that buildup tests could be analyzed on a drawdown type curve only up to a maximum time of one-tenth the producing time before shut-in. That rule of thumb is appropriate for the conditions in Fig. 6.

Agarwal[3] suggested a method of plotting pressure change data from a buildup test on a logarithmic graph that alters the shape so that it corresponds to that of a constant rate flow test during infinite-acting radial flow. The basis for Agarwal’s "equivalent time" is a combination of logarithmic approximations toEi-function solutions to the diffusivity equation. The equation modeling the drawdown at the instant of shut-in is

We model a buildup test with

Combining Eqs. 10 and 11 and simplifying,

which can be rewritten as

The forms of Eqs. 13 and 10 are the same; thus Eq. 13 is an "equivalent" drawdown equation, with the equivalent pressure change, (pws – pwf), a function of equivalent time, Δte = tpΔt/(tp + Δt). The analogies between these equations suggest that, just as Δp = pi − pwf vs. t were plotted for drawdown tests, Δp = pws − pwf vs. Δte can be plotted for buildup tests and achieve the same shapes on logarithmic graphs. However, the theoretical basis for this radial-equivalent time indicates that the equivalence exists only for infinite-acting radial flow and not for data influenced by wellbore storage or by effects of boundaries or other conditions that cause the flow pattern to deviate from radial. In practice, buildup test data for infinite-acting radial flow, including data distorted by wellbore storage, are transformed to the same shape as drawdown test data. However, data affected by boundaries or by linear flow (as in wells with hydraulic fractures) may not be transformed accurately.

Radial equivalent time has the properties 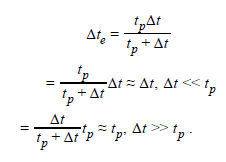 Fig. 7 shows an example interpretation of match points. In practice, this matching and match-point interpretation procedure is done on the computer and monitor, and much of the process is transparent to the analyst.