Fluid flow through the valves

The majority of process valves can be divided into two types of applications: isolation valves and control valves. Isolation valves have two positions of operation: open and closed. They cause minimal or no disturbance to the flow passing through.

Control valves are designed to regulate the process specific parameters, such as flow rate, pressure drop, temperature and liquid level. Control valves resemble an orifice of some sort, which can change the opening depending on the signal from a controller. One of the variations of control valves is a choke valve.  A choke valve installed on the wellhead controls the surface pressure and production rate from a well. In the basic calculations of valve sizing for incompressible media, flow rate is dependent on the valve flow coefficient, pressure drop and the specific gravity of the fluid, as shown[1]:

Crude oil is rarely produced alone, and is often combined with water and gas. Water is usually present in the reservoir, but can also be injected water, used to maintain the reservoir pressure. High production rates and various obstructions in the flow path create the turbulent flow regime. High intensity turbulence leads to shearing of production fluids, which creates oil-water emulsions. An emulsion is a dispersion of one liquid in another immiscible liquid. Depending on the volume distribution of the oil and water in the fluid mixture, emulsions can be oil-in-water or water-in-oil type. Usually transition from one type to another occurs at 1:1 ratio. One of the important parameters of the emulsion is droplet size distribution of the dispersed phase. The dispersed droplets vary in size and usually are spread in range from 1 µm to 1000 µm.  A common correlation is that the higher the mixing intensity, the greater the shearing, and the smaller the average droplet size of the dispersed phase. Emulsions can be classified as tight, medium or loose emulsions, following the increased average droplet size from smallest to largest.

The main sources of turbulence in the oil field process are bottomhole perforations/pump, choke and control valves, and process pumps. Shear forces acting on the fluid flow passing through these restrictions cause intense mixing, droplet break-up and hence strong emulsification.

Emulsions are undesired, but commonly unavoidable phenomena during the oil production. In process plants, large gravity based separators separate the different phases: water, oil, and gas, into clean phases. Separation occurs by droplets from the disperse phase travelling through the continuous phase to the phase interphase. Efficiency of the gravity separators strongly depends on the droplet sizes of the dispersed phase as can be seen from Stokes’ law describing the droplet maximum vertical (settling) velocity:

vt = velocity of the droplet or particle rising or settling in a continuous phase, m/s

Hinze[2] has described the shearing effect in the turbulent flow by formulating the maximum sustainable droplet size as a function of flow and fluid conditions:

σ = interfacial tension between the oil and water phases, N/m

Weber number is a dimensionless number in fluid mechanics. It can be thought as a measure of the relative importance of the fluid’s inertia compared to its surface tension. Weber number is useful in analyzing thin film flows and the formation of droplets and bubbles. Wecrit determines the state at which external deforming forces acting on the droplet exceed the counter-acting interfacial tension force, which leads to droplet break-up.

For the flow through a control valve ε defines as[3]:

In a given system, the process determines flow rate, pressure and the fluid density. Therefore, the only parameter that can be used to decrease the energy dissipation rate is the volume involved in dissipating the required energy.

The definition and the purpose of the low shear valve is to reduce the shear forces acting on the fluids, while maintaining control properties. As it is mentioned earlier, the effective way to reduce shear forces in a control valve is to increase the volume involved in the energy dissipation. There are few reported developments in this area.

Van der Zande[4] in his study of droplet break-up in turbulent  oil-in-water flow through a restriction reported the results of comparison between an orifice, single needle valve and two needle valves in series. Results showed that for a set inlet and outlet pressures, and flow, the two valves in series consistently showed lower droplet break up than the orifice and the single valve. Van der Zande investigated that the volume of energy dissipation is roughly equal area of the pipe times double the length of the orifice opening size. For two valves in series, the energy dissipates after each valve, thus increasing the dissipation volume approximately twice. According to the Eq. 4, energy dissipation rate would be reduced and the maximum droplet size increased.

Utilization of hydrocyclone principle in a valve allows the increase of the volume involved in energy dissipation. A swirl motion, similar to one that is established in the hydrocylcone, is induced in the fluid flow downstream the pressure-reducing element (globe or cage).  In conventional control valve most of pressure reduction occurs within the restriction itself. This is due to high velocity acceleration of the fluid during the flow through the restriction and following strong deceleration right after. The swirl motion in the cyclonic valve leads to maintaining the higher fluid velocities created by the flow through the restrictions. In addition, conical shape of valve’s downstream volume accelerates the fluids tangential velocity further, thereby decreasing pressure. The benefit of the cyclonic valve’s geometry can be interpreted as utilization of conical volume downstream the restriction in addition to the volume or restriction itself used for pressure reduction. According to Eq. 2 and Eq. 3 this would lead to lower energy dissipation rate, and bigger maximum droplet diameter respectively.

To imitate the cyclonic principles, several valve geometries variations are proposed. Zotin et al.[5] in their study of experimental characterization of a cyclone-base valve built a laboratory model, where a pressure drop is regulated via axially moving globe. The cyclonic motion is induced by vanes, located on the outer side of the globe body upstream the restriction. A conical shape of the line downstream the globe seat allowed the gradual pressure reduction.

Husveg et al.[6] take different approach. In their development of the cyclone-based low shear valve, geometry of the axial cage style control valve has been altered to induce cyclonic flow. The following changes are implemented to the conventional valve: 1) tangentially oriented cage holes to regulate and transform an axial inlet flow into a vortex flow, 2) venturi-shaped cyclonic body installed downstream the cage to induce a suitable vortex pressure drop, 3) a vortex breaker installed downstream the conical body to straighten the flow after the pressure reduction zone. Field application of this valve[7] showed consistent improvement of the separation facility. The replacement of conventional choke valve with the low shear valve result in 50% reduction oil concentration in test separator water outlet.

As mentioned earlier, gravity based separation efficiency depends on several parameters, such as average droplet size of the dispersed phase, retention time of fluid in the separator and the density difference of the dispersed and continuous phases. The degree of emulsification created by choke and control valves, affects the average droplet size. The tighter the emulsion, the longer it takes to separate fluid phases. The representative parameters oil-water separator performance would be oil-in-water (OiW) and water-in-oil (WiO) concentrations for the respective outlet streams.

The Fig. 1 represents relevance of retention time on water quality in gravity separation for the standard control valve and the low shear valve. The implementation of a low shear valve in the process system results in less emulsified flow. This would lead to higher separation rates according to Eq. 2. 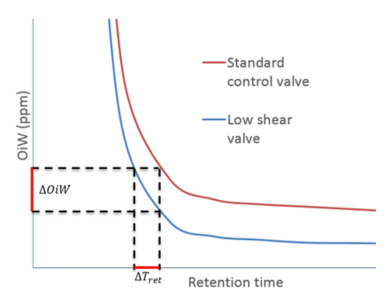 Fig. 1—Relation between water quality vs. retention time in gravity
based separator for emulsions created by standard control valve and
by low shear valve (representative estimate).

By replacing standard control valve with low shear valve the process system would allow for a reduction in the retention time necessary to achieve the desired quality of the water (OiW concentration), or an improvement of the water quality while maintaining the original retention time. In first case, more fluid mixture would be separated in the same time interval, thus increasing the separator capacity. In second case, improved water quality may lead to reduction in the number of produced water treatment stages, or the higher water treatment plant capacity due to less polluted water.

The low shear valve design has some negative aspects as well. Similar to already mentioned disadvantages of two valves in series set up, the cyclone-based valve geometry requires more space than comparable conventional control valve. The negative impact of additional trim elements may be overcome in angled choke valve configurations.

In standard control valves, all pressure reduction happens in the cage or the globe. The cyclonic-based valve thought works in two stages with pressure reduction across the cage dominating when the valve is nearly closed and pressure drop across the conical body dominating when it is more open. The maximum flow capacity is calculated for the fully opened position. Since it is only part of pressure reduction that is taken by the cyclonic body, the maximum flow capacity of cyclone-based valve is anticipated to be slightly lower compared to the standard control valve.