When you are writing, it is often necessary to insert characters that are not a part of the standard keyboard. This is especially useful during the creation of documents in foreign languages that require various national letters. Another area where special characters are often needed is writing mathematical expressions.

To insert a special character into your document, press the Insert

button on the toolbar. The Select Special Character dialog window that will open allows you to choose a symbol from a set containing Latin letters, numbers (including fractions), currency symbols, punctuation, arrows, and mathematical operators.

For general information on using dialog windows please refer to the Dialog Windows section of the User's Guide. 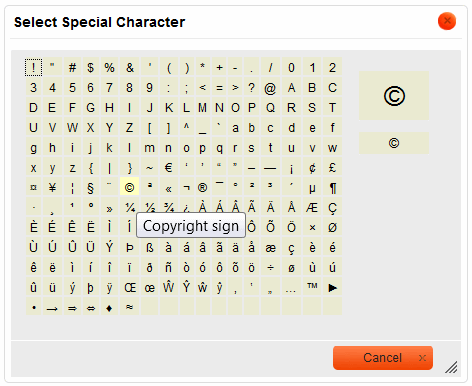 Find a character that you need in the set and select it with your mouse or the Tab key. The dialog window will close automatically and the special character will appear in PetroWiki editing area on the position of the cursor in the document.

allows to format text by removing the automatic wikitext function.

Example using an astric "*" at the beginning of a sentence will result in a bulleted sentence. 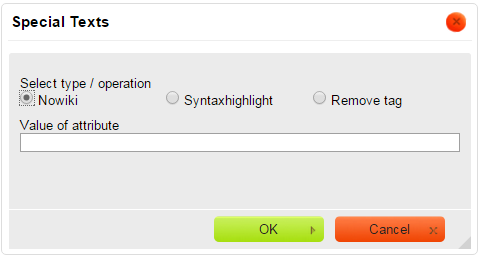 * at the beginning of a sentence will result in a bulleted sentence. ​