PetroWiki
Revision as of 15:47, 2 March 2016 by Denise Watts (Denisewatts) (talk | contribs)
(diff) ← Older revision | Latest revision (diff) | Newer revision → (diff)
Jump to navigation Jump to search
The printable version is no longer supported and may have rendering errors. Please update your browser bookmarks and please use the default browser print function instead.

Solar enhanced oil recovery, or solar EOR, is a form of thermal enhanced oil recovery (EOR), a technique applied by oil producers to extract more oil from maturing oil fields. Solar EOR uses CSP to use the sun’s energy to heat water and generate steam. The steam is injected into an oil reservoir to reduce the viscosity, or thin, heavy crude thus facilitating its flow to the surface. Thermal recovery processes, also known as steam injection, have traditionally burned natural gas to produce steam. Solar EOR is proving to be a viable alternative to gas-fired steam production for the oil industry. Solar EOR can generate the same quality steam as natural gas, reaching temperatures up to 750˚F (400˚C) and 2,500 PSI. 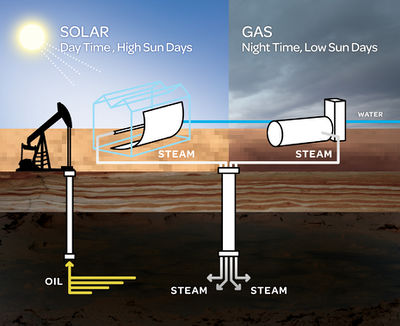 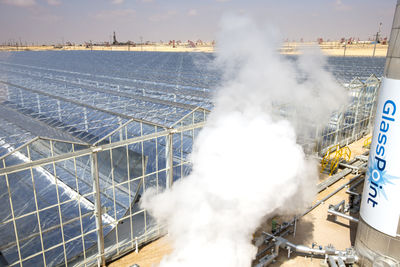 Originally designed electricity generation, central tower, or power tower technology, uses a field of large tracking mirrors, called heliostats, to concentrate the sunlight on a boiler filled with water that rests on a central tower. The sun’s energy is reflected on the boiler to produce steam, which is used to turn a traditional turbine and create electricity. For EOR, the process ends at steam production. High-temperature steam made from demineralized water in the tower receiver passes through a heat exchanger, generating lower temperature steam from high-contamination oilfield feedwater. The steam is then fed into distribution headers which lead to injection wells, conveying steam into the oil-bearing formation.

Lightweight curved solar-reflecting mirrors are suspended within the glasshouse structure. A single-axis tracking system positions the mirrors to track the sun and focus its light onto a network of stationary steel pipes[1], also suspended from the glasshouse structure. Steam is generated directly using, oil field-quality water, as water flows from the inlet throughout the length of the pipes, without heat exchangers or intermediate working fluids.

The steam produced is then fed directly to the field’s existing steam distribution network, where the steam is continuously injected deep into the oil reservoir. Sheltering the mirrors from the wind allows them to achieve higher temperature rates and prevents dust from building up as a result from exposure to humidity. The company states its technology can produce heat for EOR for about $5 per million British thermal units in sunny regions, compared to between $10 and $12 for other conventional solar thermal technologies.

According to research analysts at Raymond James, solar EOR can be done more cost effectively than using gas, even as current depressed prices. Steam represents as much as 60 percent of the production cost for heavily oil extraction.[2]In addition to being cost competitive with gas, solar EOR provides a hedge against long-term gas price escalation. Long-term price projections put natural gas at $5.00/Mcf, considerably higher than the 2011 forecast of $3.75/Mcf. When an oil producer invests in a solar EOR system, all costs are upfront and the standard life of the equipment is 30 years. 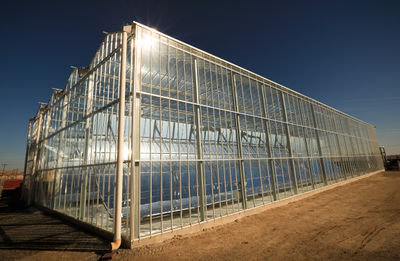 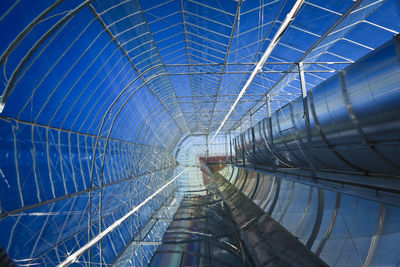 BrightSource was contracted to provide the technology, engineering and production and construction services, and Chevron Technology Ventures will manage operations of the project. The facility began construction in 2009. It was reported that Chevron spent more than its $28 million on the contract, and BrightSource has lost at least $40 million on the project and disclosed it will lose much more.[5]

In May 2013, GlassPoint Solar and Petroleum Development Oman (PDO) commissioned the Middle East's first solar EOR project.[6] PDO is a joint venture between the Sultanate of Oman, Shell and Total. The 7 MW solar EOR facility produces a daily average of 50 tons of emissions-free steam that feeds directly into existing thermal EOR operations at PDO's Amal West field in Southern Oman. The system in 27 times larger than GlassPoint's first installation at Berry Petroleum's 21Z oil field. [7] Reports by Petroleum Development Oman indicate that the pilot was delivered on-time, under-budget, and above contract output specifications, with zero lost time injuries. In the first year of operations, the fully automated system successfully exceeded all performance tests and production targets. The system recorded a 98.6% uptime, significantly exceeding PDO’s expectations. Even during severe dust and sandstorms, the system has proven to maintain regular operations. 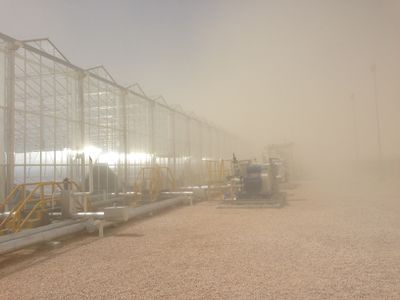 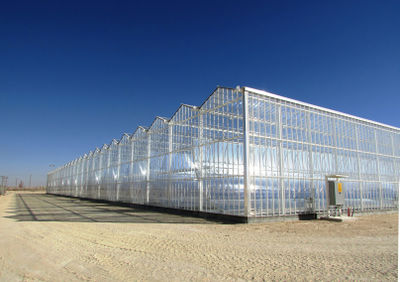