Difference between revisions of "Micelle" 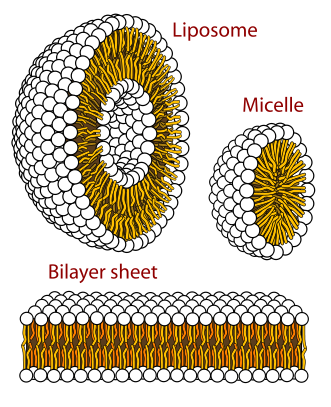 where   is the surfactant tail volume,   is the tail length, and   is the equilibrium area per molecule at the aggregate surface.