Difference between revisions of "CO2 sequestration"

CO2 sequestration, also known as CO2 capture and storage (CCS), uses a range of technologies and approaches that isolate, extract, and store carbon dioxide emissions from industrial and energy-related sources in order to prevent the release of it into the atmosphere.[1]

Carbon capture and storage technology involves the process of trapping and separating the CO2, transporting it to a storage location, and then storing it long-term so that it does not enter into the atmosphere.[2] It is not a new technology and has been used by petroleum, chemical, and power industries for decades.[3] In fact, carbon capture was first used in Texas in 1972 as a method to enhance oil recovery.[4]

CO2 emissions from the burning of fossil fuels has been on the incline since the industrial era; and with more than 85% of the world’s energy coming from fossil fuels, it will remain an important energy source well into the future. As the demand for fossil fuels is growing, so is the volume of CO2 emitted each year. This has led to concerns over the impact of CO2 emissions on global climate change. CO2 sequestration is an option that is gaining interest to stabilize and reduce the concentration of CO2.[5]

After CO2 is captured at the source, it then must be safely sequestered or stored away. There are three types of CO2 sequestration: terrestrial, geologic, and mineralization (Fig. 1). More than 150 CO2 sequestration projects are in progress in North America alone.[6] 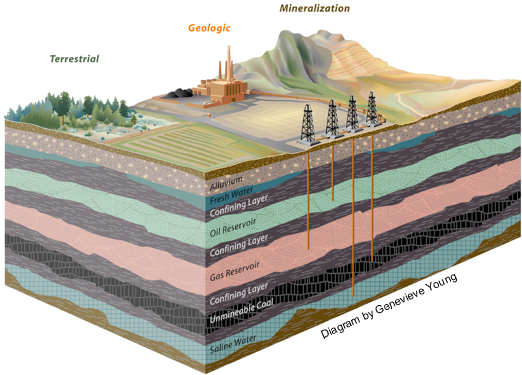 Terrestrial sequestration is the removal and storage of CO2 from the atmosphere by vegetation and soils on the earth’s surface through tree-planting, no-till farming, wetland restoration, and forestation.[6]

Mineral sequestration is the formation of stable carbonate salts by the reaction of CO2 with dissolved calcium and magnesium. It is a natural process that happens slowly and produces limestone. A process that occurs faster than a natural reaction is when “dunite, or its hydrated equivalent serpentinite, reacts with carbon dioxide to form the carbonate mineral magnesite, plus silica and iron oxide (magnetite).”[6]

Geologic carbon sequestration stands out, in particular, as a viable option because of its substantial storage capacity, which is estimated to be between 800 and 3,000 billion metric tons; the technology of separating and injecting CO2 underground has been used for more than 30 years; and the large CO2 sources such as power plants and refineries are conveniently located near many potential geologic storage sites across the US and Canada (Fig. 2).[7] 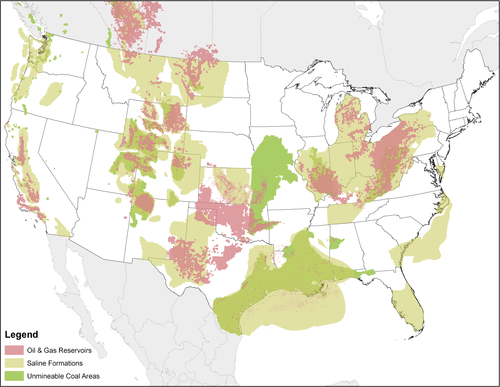 Fig. 2—Geologic potential storage in the US. Courtesy of US Department of Energy, National Carbon Sequestration Database and Geographic Information System (NATCARB).

CCS consists of two different yet connected steps. In the first step, CO2 from power plants and industrial plants is separated and concentrated, and then compressed and transferred through pipelines. In the second step, a dense, fluid state of the CO2 (known as supercritical) is injected into underground geologic formations. There are three methods for capturing and separating CO2 (Fig. 3): 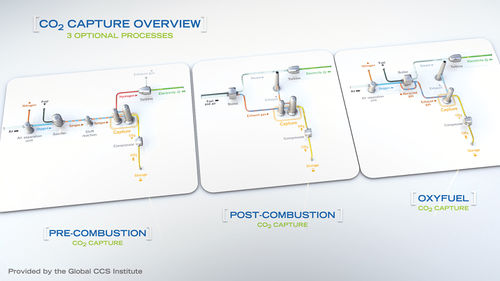 The challenges that CCS needs to address are technical, regulatory, and economic in nature. Though some elements of CCS, such as CO2 transport and injection, have been in practice for several decades, the large-scale commercial deployment of the CCS process from beginning to end—from capture to long-term storage—is relatively new and requires increased support for continued research, development, and practice.[9]